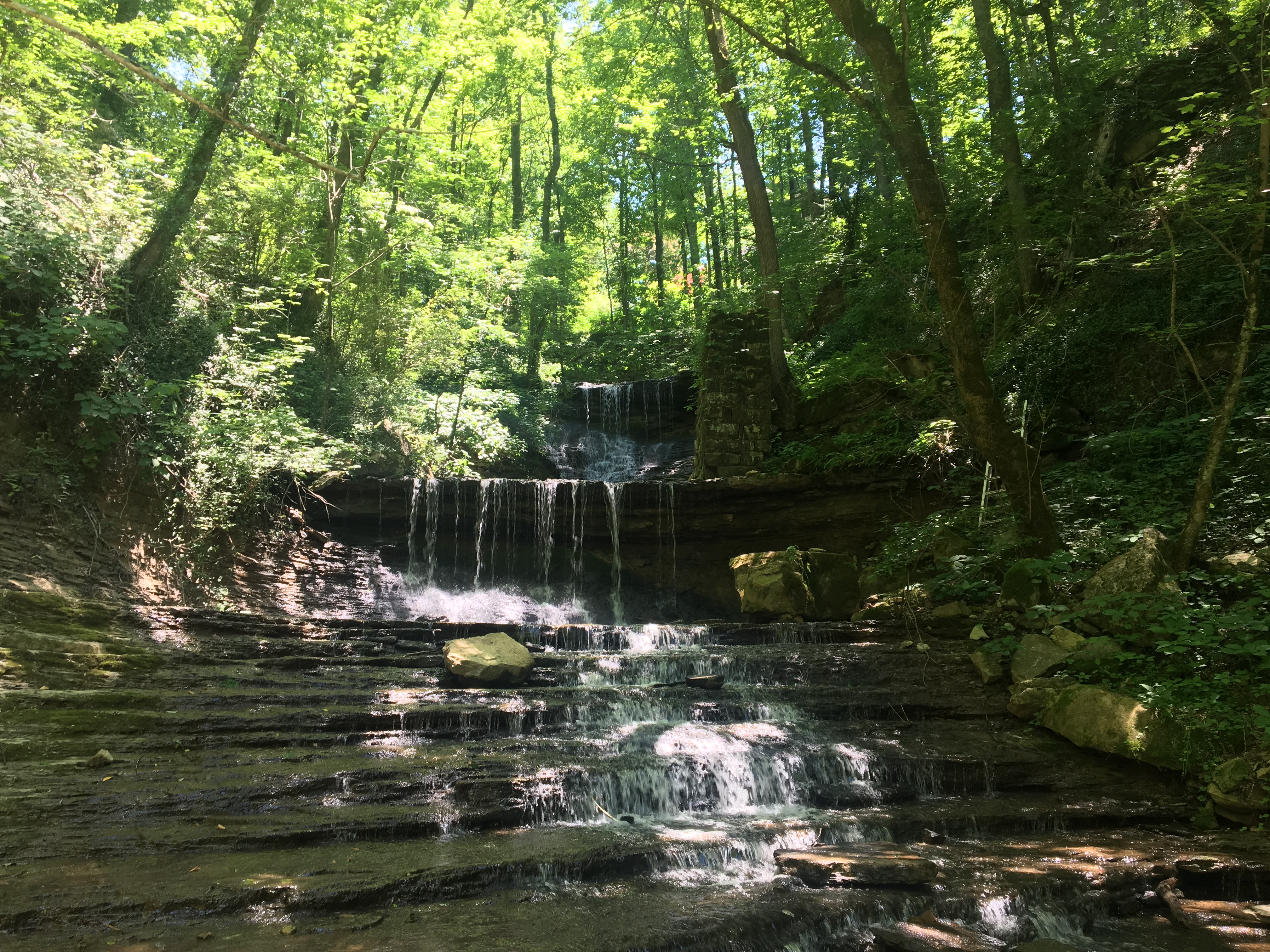 "Farmers and millers, attracted by the rich bottomland and abundant water, sank roots along the creek and the Ohio River. At least four mills served the area, including an early version of Wolf Pen Mill, which some accounts say burned down twice. A sturdy stone mill dating to 1870 still stands off Wolf Pen Lane on Sallie Bingham's estate, Wolfpen Farm. A stone wall thought to be a remnant of another mill sits beside a beautiful stairstep waterfall on the farm. Local legend holds that a flax mill was operated there during the early 1800s by a man named Bash. An enemy caught up with Bash and torched the mill to cinders one night -- with the miller and his wife inside. People still call the creek Bash's Branch, said Martin Sweets, 75, of Prospect."