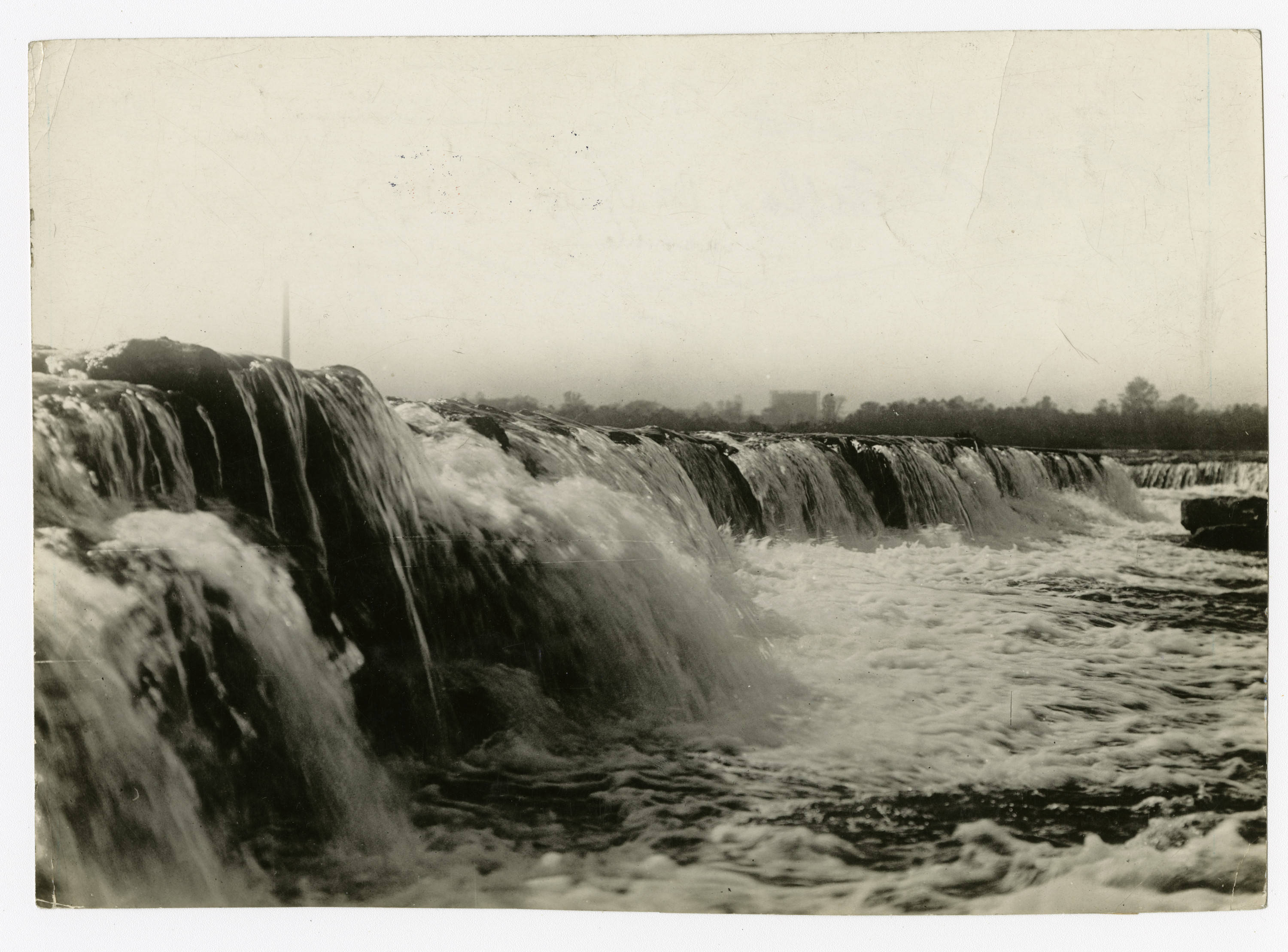 The waterfall up top in the background is the upper falls.
Historical Images of the old Falls of the Ohio before they were Destroyed by the series of dams along the river.
This was the only hazard or drop in the river for its entire length. It is the reason the city of Louisville was built and created where it now is. To service river traffic around the falls. It was a 26' drop in about a mile or so.
The park that services the old falls and the fossil beds that rest there is actually a Clark County, Indiana park, as you can not get to the falls from the Kentucky side. The land is all owned by the Corps of Engineers when they bought there never ending easement and land for flooding of the river when building the dams.
Below is an old map showing the Falls of the Ohio: